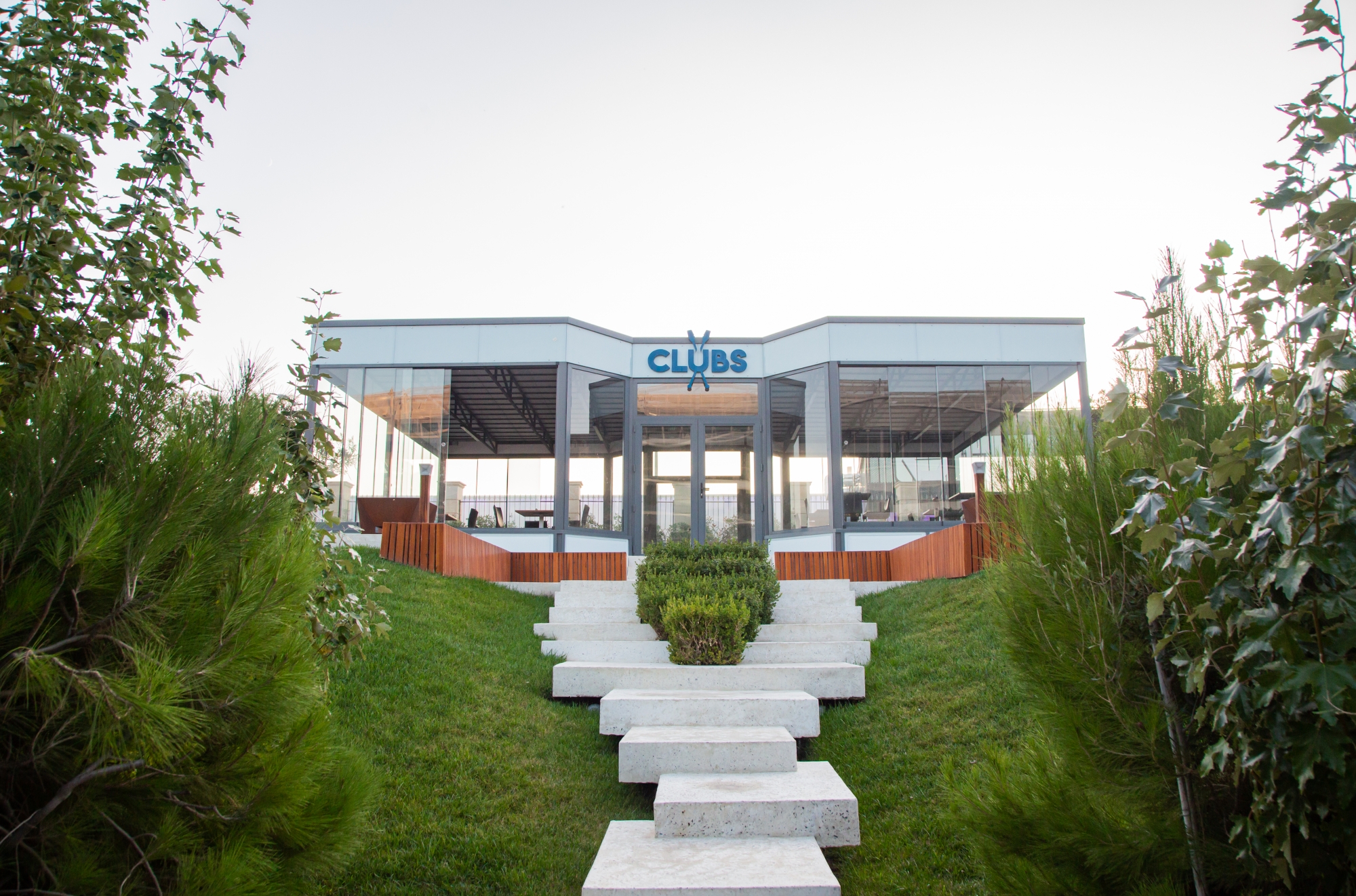 This project was installed and transferred by Glasstech company on the the eve of the World Gymnastics Championships in September 2019. The project consists of the following modules and was implemented in stages

The metal structure, which is the main load-bearing part of the object, was made in the form of a frame and installed ready for cladding.

The facade of the winter garden was assembled with a sliding balcony system, which easily opens in the hot months and closes in cold seasons. Used tempered glass with a thickness of 10 mm, can withstand high mechanical stress and not be subjected to any deformation.

In the front and rear of the facility, double swing doors were made and installed. The doors were assembled from Izosistem aluminum profiles.

The upper part of the structure is assembled from a special series of milky white tempered and laminated glass. For evening lighting, special light boxes and electrical equipment are installed outside the windows.

Around the perimeter of the faced, the lower part was lined with fiberglass. The best feature of fiberglass is its resistance to high impacts and various harsh and mild climatic conditions. A great advantage is ability to use any color and different shapes in various designs.

We express our gratitude to the leadership of the National Gymnastics Arena for having trusted and made it possible to implement this project.